How fare the gods? / how fare the elves?
All Jotunheim groans, / the gods are at council;
Loud roar the dwarfs / by the doors of stone,
The masters of the rocks: / would you know yet more?

I’ve been reading a few books on Norse Mythology during the wee bright hours of night, one of which is an historic sacred text called the Elder Edda. It’s also known as the Poetic Edda, as it is written in verse and meter. It reminds me, as one with a Judeo/Christian experience, a bit of a mixture of Proverbs and Psalms. Poetic stories are used as a means to explain the unknown. Gods impart wisdom onto the reader through tales of their dealings. It’s quite lovely, and I can’t get enough. Walking through fields of moss covered rocks, it’s not difficult to imagine the origins of these stories. Just last night, between getting rained on and being attacked by mamma duck, I came across a little alcove of rocks and thought, “Now this is where hidden people live.” (side note: In Iceland, many people believe in the Huldufólk or hidden people, and I’m not far behind them. If elves were to live anywhere, it would be here.) 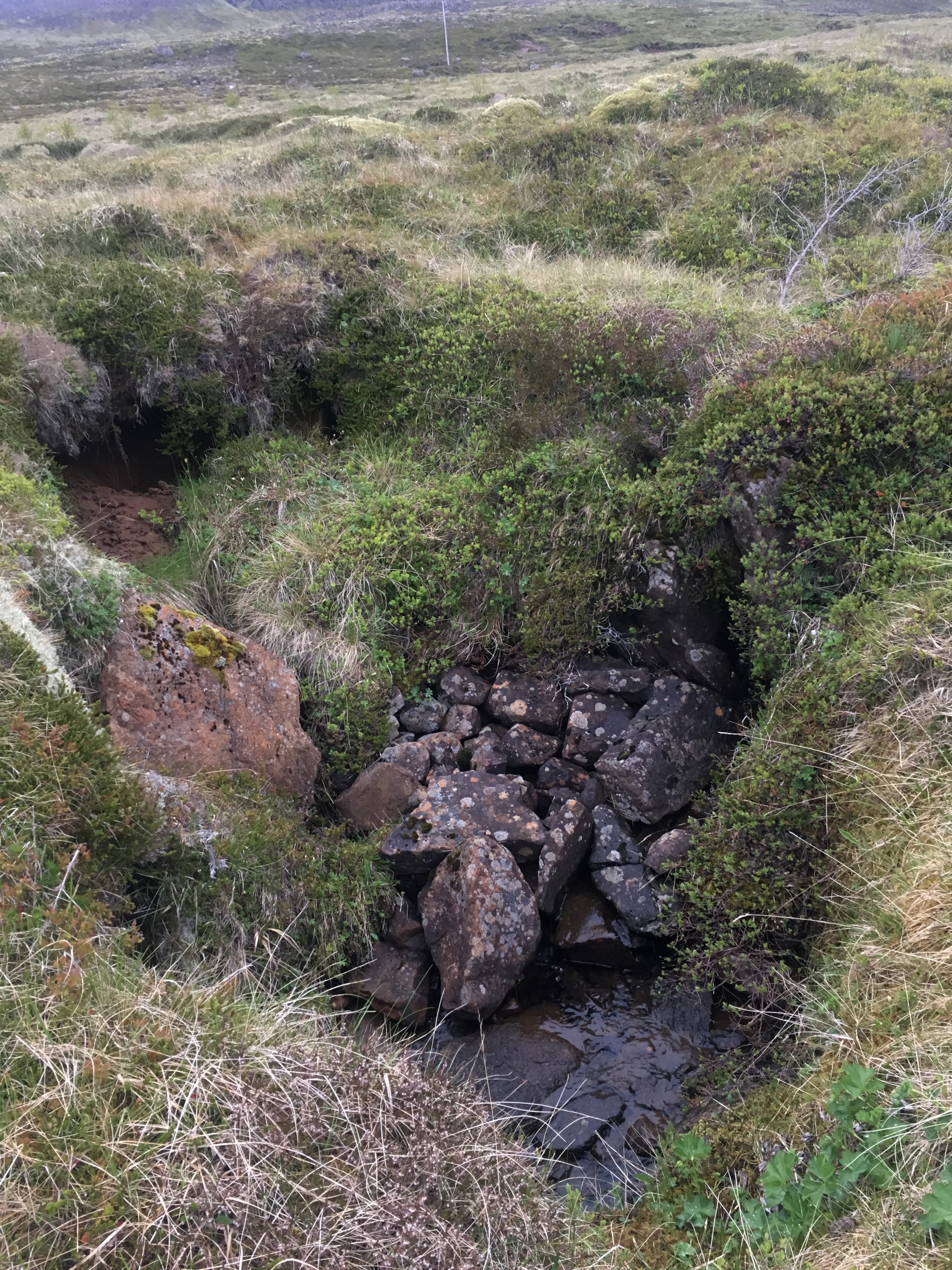 Heith they named her / who sought their home,
The wide-seeing witch, / in magic wise;
Minds she bewitched / that were moved by her magic,
To evil women / a joy she was.

I’ve also been interested in the idea of witches for some time. I think women with power(s) appeals to me on many different levels. Now I know there is a whole practice around the occult that might make some people reading this uncomfortable, but that’s not really what I’m talking about. I’m more interested in the cultural presence of witches. Women worldwide have historically not had much power, and often times women who did not conform to social norms were labeled witches. I guess it’s a way to manifest people’s fear of a well assured woman. The term witch can, in turn, be one that empowers. It can be a way to own one’s power, to reclaim it and use it. As I’ve been looking into Iceland tradition, the presence of witches is apparent. There is even a museum of Icelandic Sorcery & Witchcraft. Something to note is that in Iceland, more men were persecuted for sorcery than women, which I guess is still not cool.

Multiple times on this blog I’ve described this place as magical. It really feels that way, and I can see how an entire culture could be swayed to seeing the magic around them. Nordic spells, apparently, consist of a symbol called a stave, which is accompanied by runes that lay out the spell.

“Though the last case of prosecution for magic in Iceland was in 1700, … ‘magic has been part of Icelandic culture ever since. And I would argue that Icelanders still use the spells in some way. Maybe not as we did before, but we keep the tradition alive. It’s part of our identity and that’s why we like referring to the magics, using them as decoration, tattoos, publishing them in a book … It’s part of the viking image that has been part of Icelanders since settlement.'” 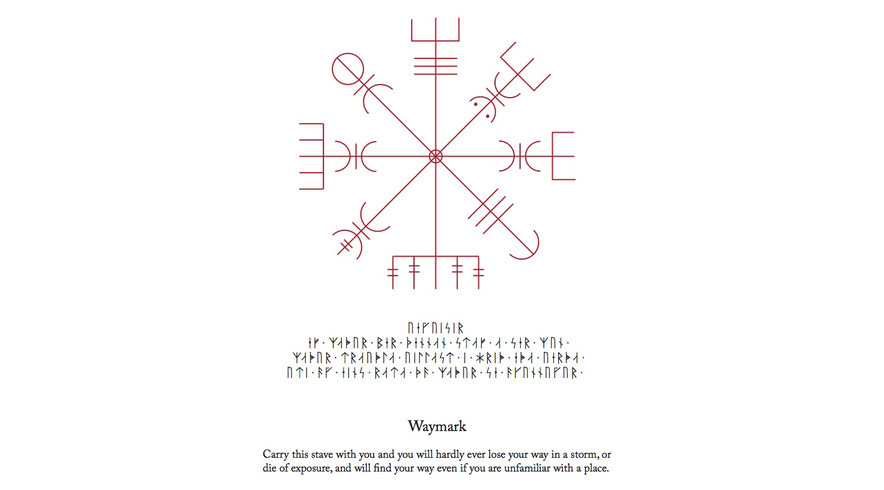 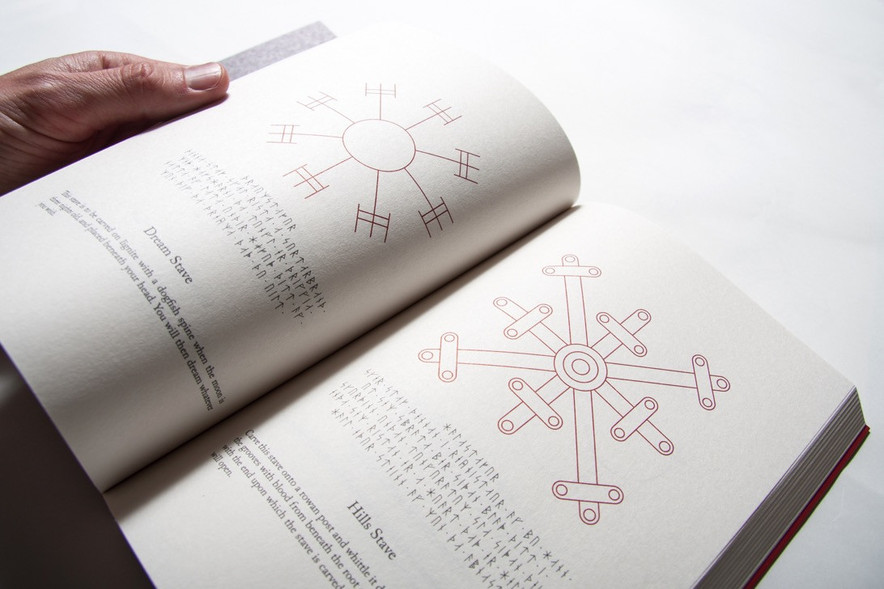 As interests often do, mine have now shifted to these symbols. As a designer, symbols are our medium. We use typography, which in a sense is just a collection of symbols. We use images as metaphor. Our lifeblood is in symbols. As I’m looking to capture the significance of this place in my work here, I’d like to further explore and possibly use the runes. Granted, just because I’m here doesn’t mean I know what I’m talking about, so I will need to talk to people who do know. I’m also hoping to order this book, which is where the images here are from. 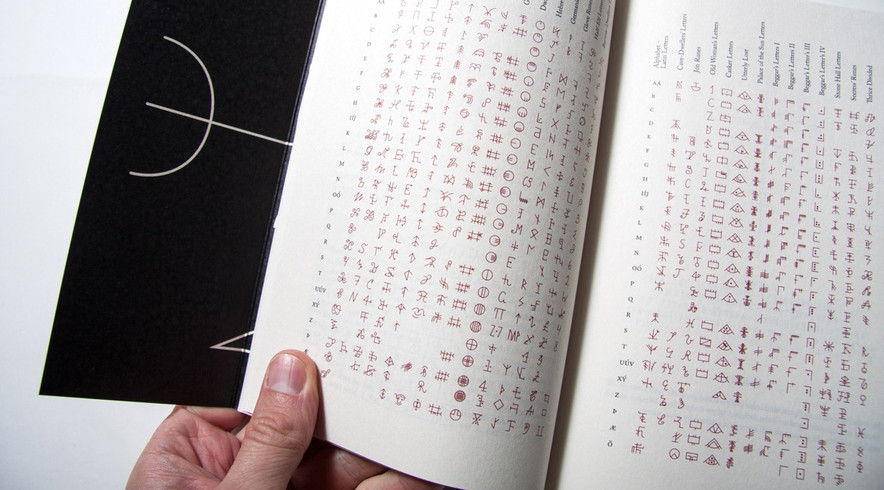 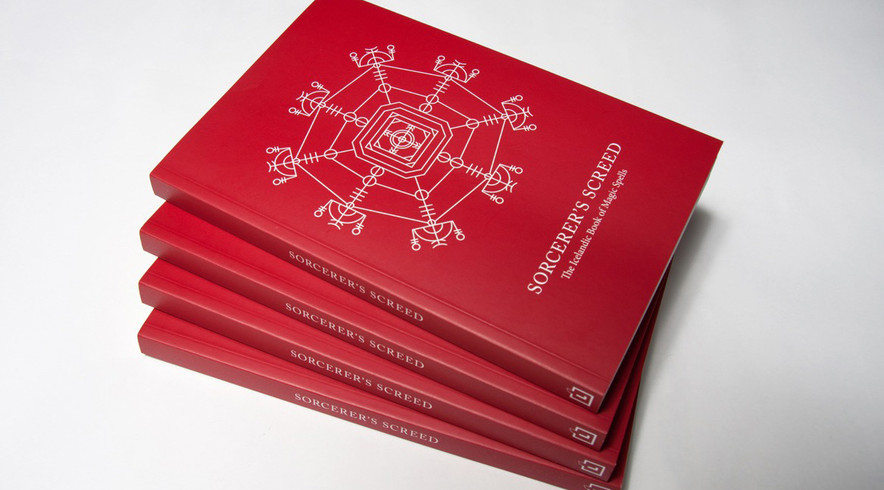 In the meantime, I’m going to keep reading the Edda and imagining the surreal in the various spaces I occupy. I don’t think any medium can capture what it is like to have physical presence in a place. Perhaps in working with virtual reality, I don’t try to create a replica of reality. There is magic here. The essence of the surreal is real, so how can I bring that into play?

Really. How? I’ve been taking 360 images/video of the places I’m going. I can add to these images. I could distort them. I like the idea of using the runes and staves over or within these scenes to tell stories of the past while representing the essence of the present moment. I could stage and insert staves into scenes I take images of, not manipulating the images in post-production, at all. Don’t worry. I’m not just going to talk about it. I’ll try all of those things.

But first, I need to figure out how. I’ve been working with A-Frame to learn how to code for virtual reality. So far, so good, but everything I’ve done is very rudimentary. I have a long way to go. Suddenly a month seems very short.