On a whim last week, Patricia, Jane, and I planned a little road trip up north to Lake Mývatn and Húsavík. I must admit that one of the main motivators for such a trip was to find licorice dipped ice cream. I also wanted to see a region of the country I wouldn’t be able to see later when Ashley and I go exploring. So, north we went. The drive up was quite lovely—slightly cloudy but lots of light. It was a beautiful drive. We agreed as a group to pull over and stop at sites that caught our eye as we were driving. First, we happened upon a stunning (what I once thought was large) waterfall. After a short but steep hike up the mountain, the view was breathtaking.

After about another hour of driving, we noticed some steam rising from the ground up ahead. As we pulled over, we could see that many other people had the same thought. We found a geothermal area where sulfuric earth was melting and bubbling up and he rock piles were letting off a steady stream of sulfur steam. It was stinky and the strangest thing I’ve ever seen. The colors were energizing. There was a moment where I so swelled with excitement that I ran/skipped from one stinky steaming rock pile to the next, like a kid on Christmas. 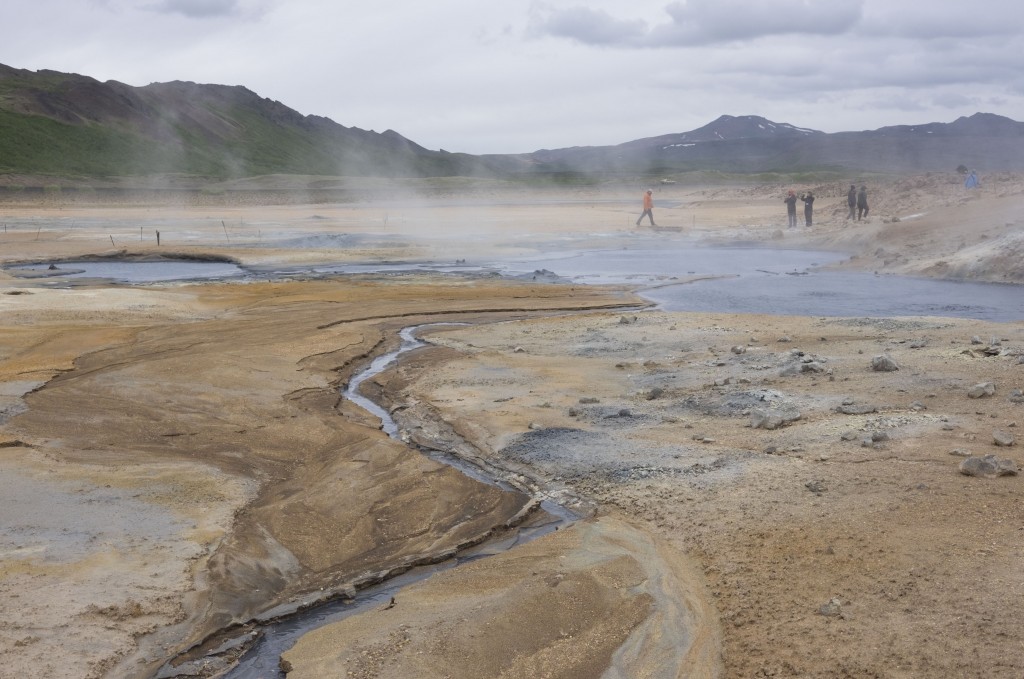 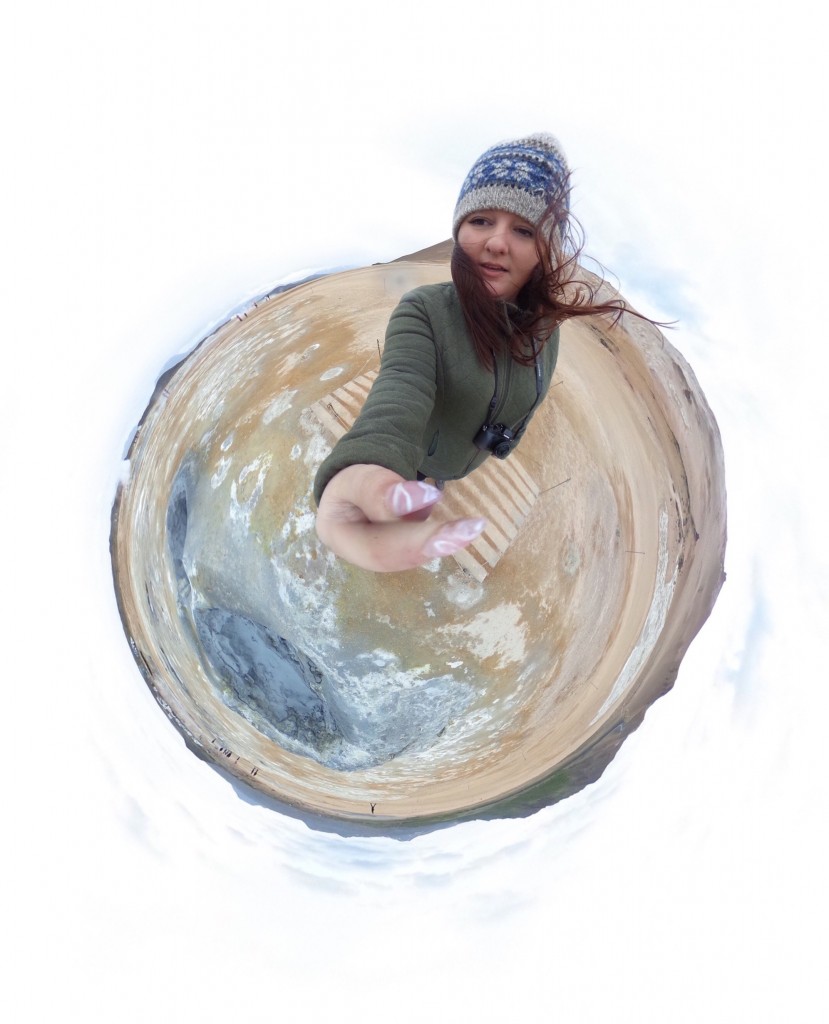 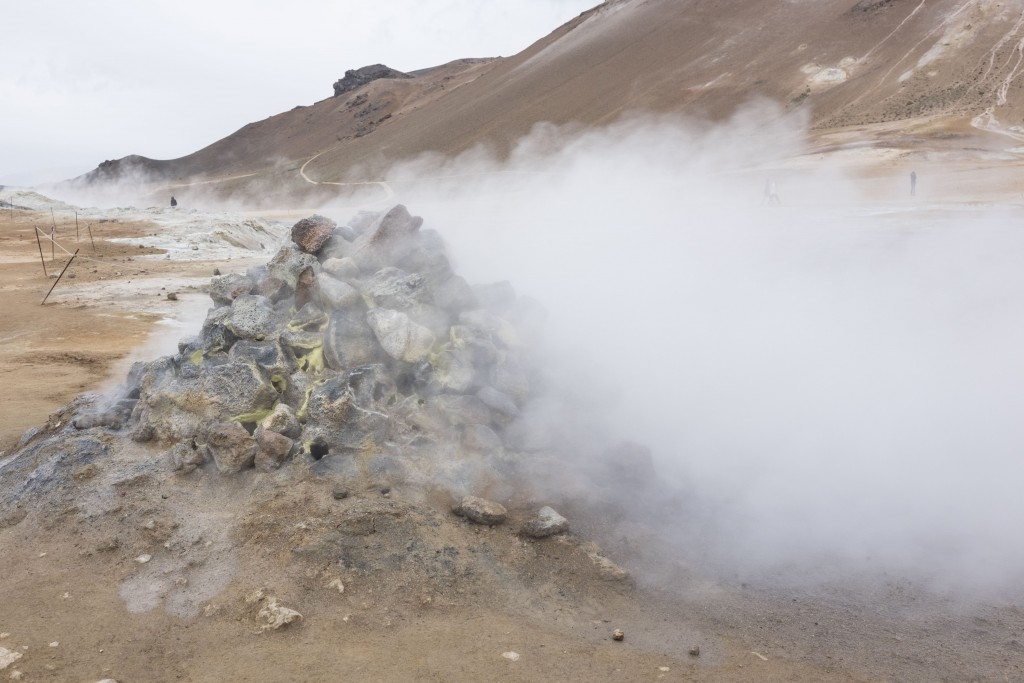 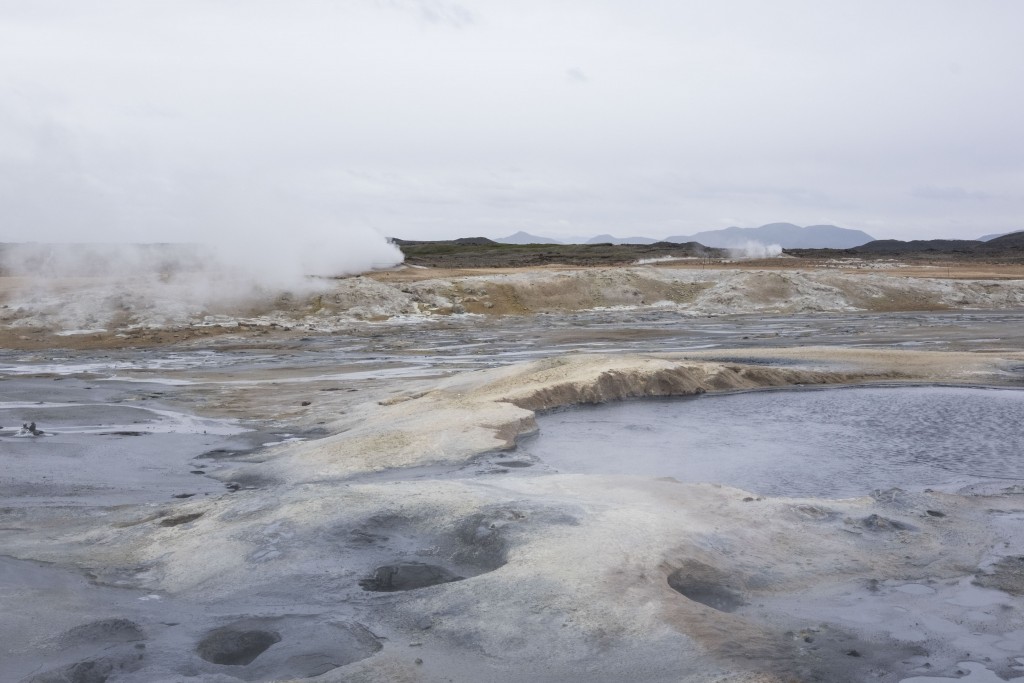 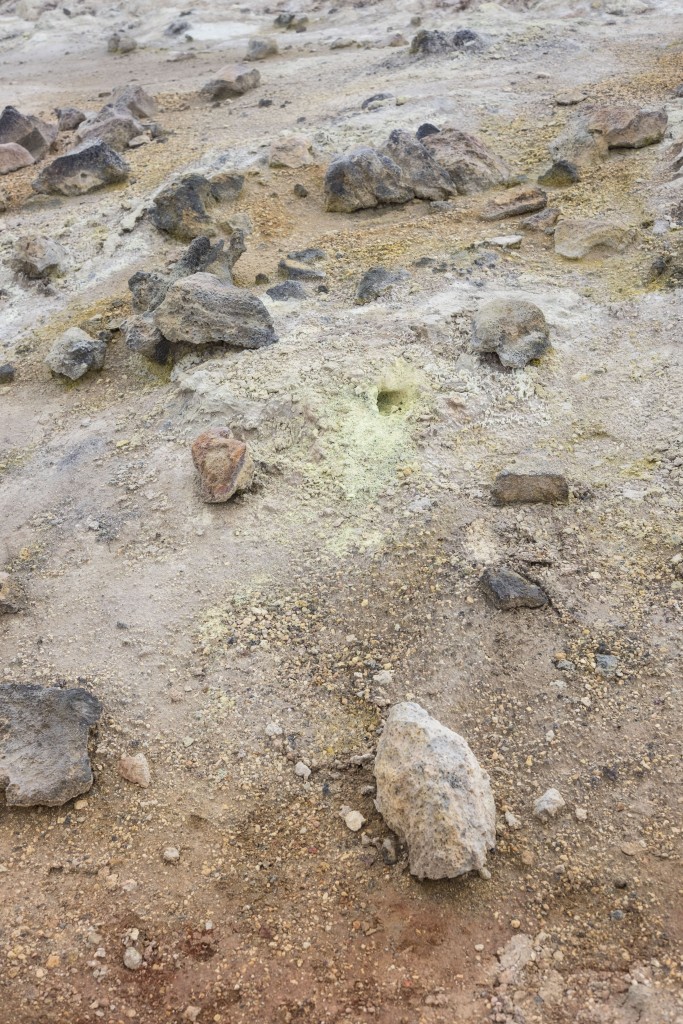 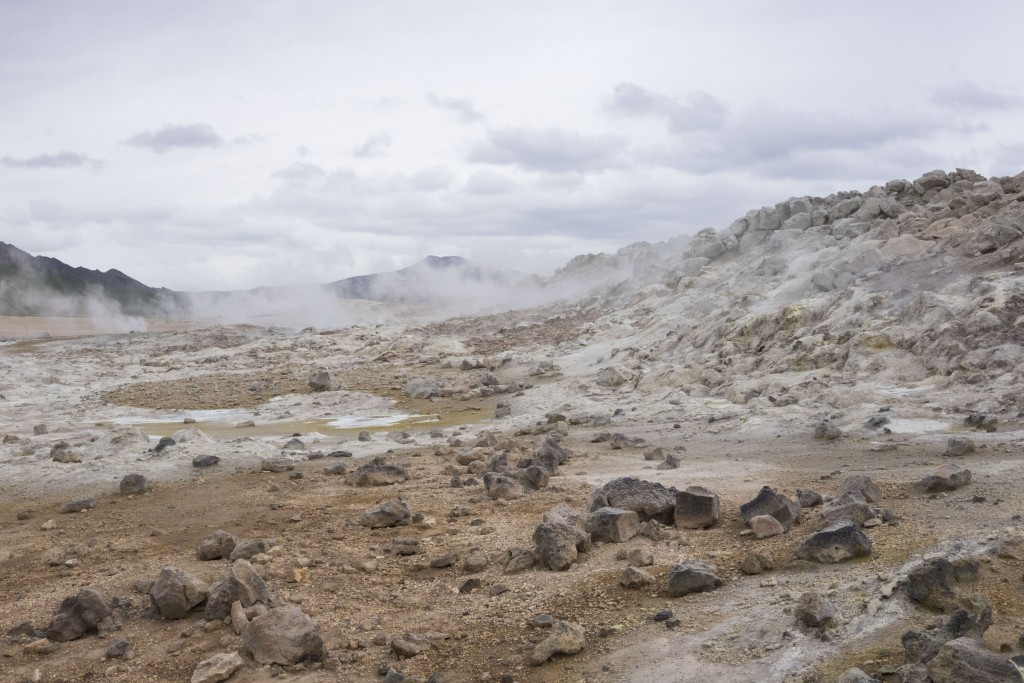 As we would soon learn, the stink was just beginning. After we checked into a lovely little guesthouse where we were spending the night, we wanted to go to the Mývatn Nature Baths. The weather had been gorgeous all day, but the wind slowly began to pick up, and a mist in the air became a drizzle and then a cold rain. Unfortunately, this rain progression happened after we paid a lot to get in and naked showered our way to the light blue water. It was quite surreal to be swimming when it was so cold, but the (stinky) water was warm from geothermal heating. We stayed in as long an we could before the weather got to the point where we were no longer enjoying our soak, and then we left. I brought my 360 camera with a waterproof case and took some creepy images/video I’m hoping I can use one day… Maybe soon. 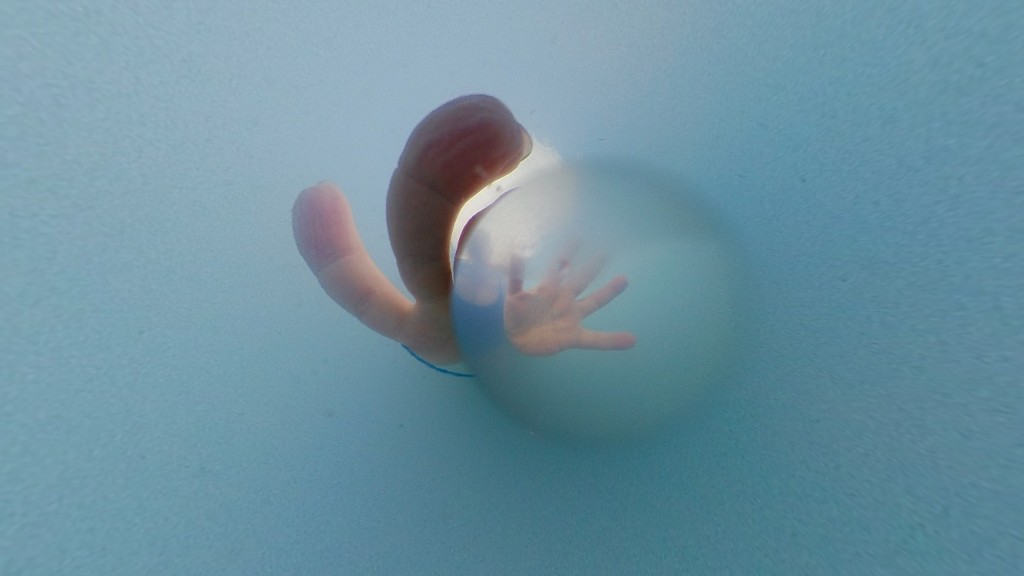 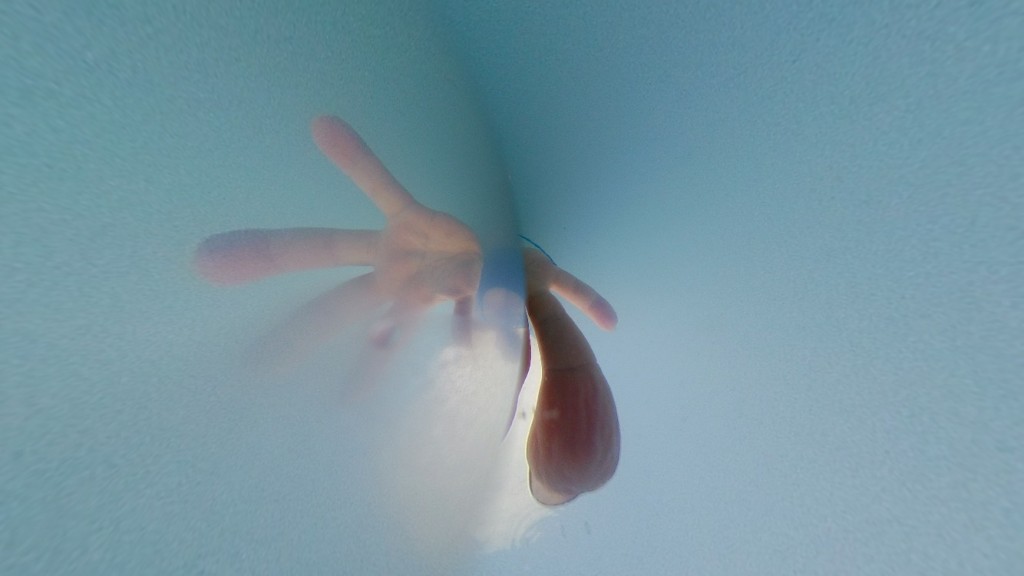 We ended the day on a warmer note, with a farm-to-table dinner that cost as much as the total of the rest of trip. We ate beef while looking at cows getting milked behind a glass window. Super fresh. 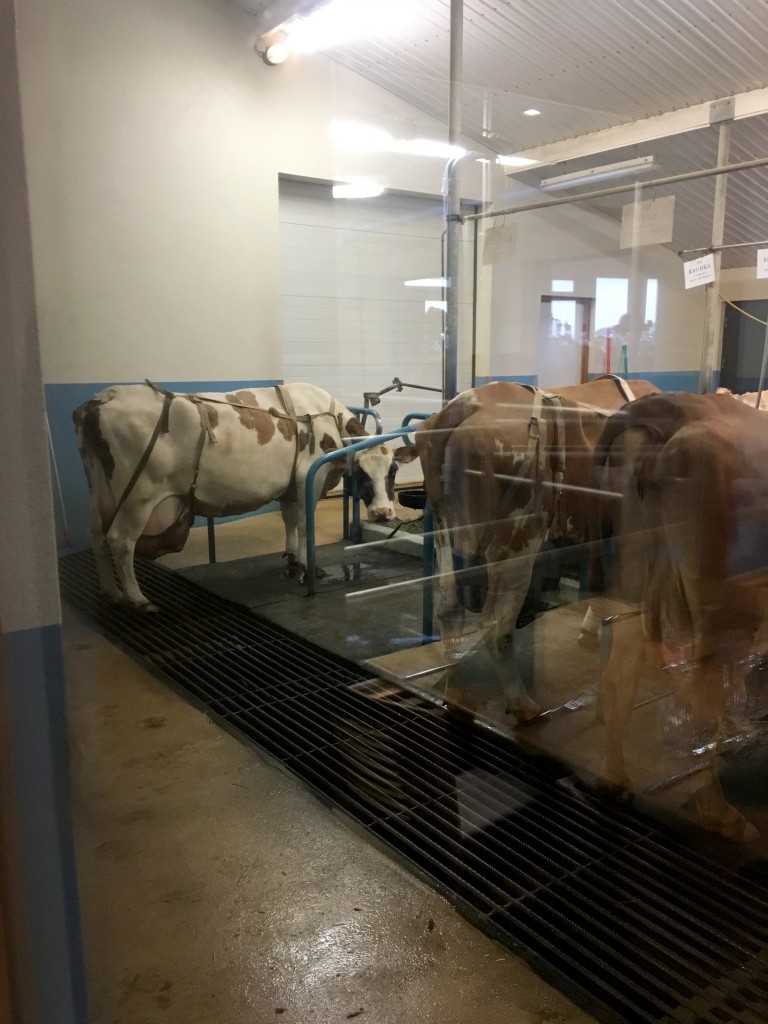