I must admit, I was quite anxious about this trip. I wasn’t quite sure what we would be doing, and I felt wholly unprepared to effectively lead this group towards developing anything of substance. I didn’t have a vision. As a designer, specifically a designer who has been working in social/civic engagement and public memory/memorials, I take research and getting to know the roles of stakeholders very seriously before getting started on any project. We had very limited contact with the shelter staff, our schedules were difficult to coordinate, and as a later addition to the group, I felt disconnected from the team. So much changed from the original idea of what I thought we were doing, even before we left, and nothing felt resolved, even as we walked off the final plane. This makes me highly uncomfortable. If you’ve ever been in one of my classes or worked on an exhibit with me, you know I’m not the most organized. You might say I’m scrappy. But underneath the perceived chaos, I’ve thought way too much about all the details. I’m open to evolution, excited about it, but having an initial plan acts as a point of analysis to gauge the effectiveness of any potential changes. I’m getting off track now. Basically, I was very uneasy about the trip and what my role would/could be.

Not to be too much of a downer, but those feelings didn’t subside when we got there. I didn’t magically become resigned to our lack of direction or feel settled in with the group after two days of air and bus travel to the rural town in central Peru. That’s not to say I didn’t get anything of value from this trip. I made some wonderful memories, met some remarkable people, and saw some spectacular sights. I also have a slight sinking feeling that I could have, should have, done more, been more. But. It is what it was. And I learned a great deal about my expectations and how my child-self reacts when those expectations aren’t met. In fact, I’m kind of proud of myself. I’m proud of how I checked in with myself—examined how I was feeling, reacting, and what I was needing. I can’t control whether or not there is harmony around me, but I can work to have harmony within myself.

So, yeah. Now that I’ve built this trip up so much (eye roll), I’m sure you’re super excited to read more about it. I wish I could assure you this will be good. I can’t. I can’t even assure you it will be interesting. I also don’t really care. Read it if you want to. Or not. I’m writing to make sure I remember. 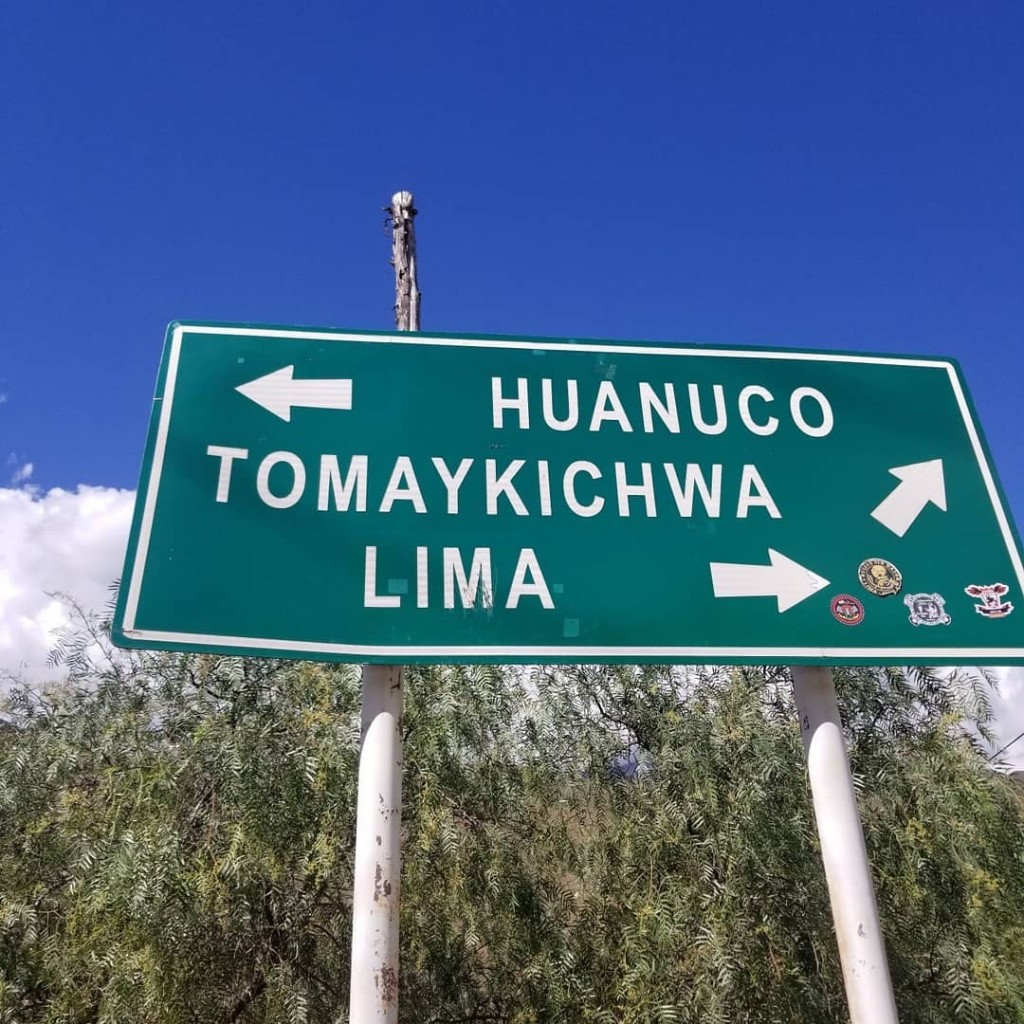 So what did you all do?

Great question. We were in Peru for 14 days. A few of those days were spent traveling, 8 of them were in a small village in central Peru called Tomaykichwa, and the last few days were in Lima.

While we were planning the trip, we were told that the girls home was accompanied by a farm, and that we’d be working on the farm a few days. I didn’t think much of it. When we got there however, I was quite pleasantly surprised by the farm. It was much more than I understood. Granja Ecológica Lindero sits on the same property as the girls home and helps sustain their program, while still running independently. It is run by a lovely man named Jose. It’s fully organic, producing a variety of dairy products, and running an organic restaurant on site. The house we stayed in was also on the farm’s property, and we ate most breakfasts and dinners at the restaurant. It was a magical place. 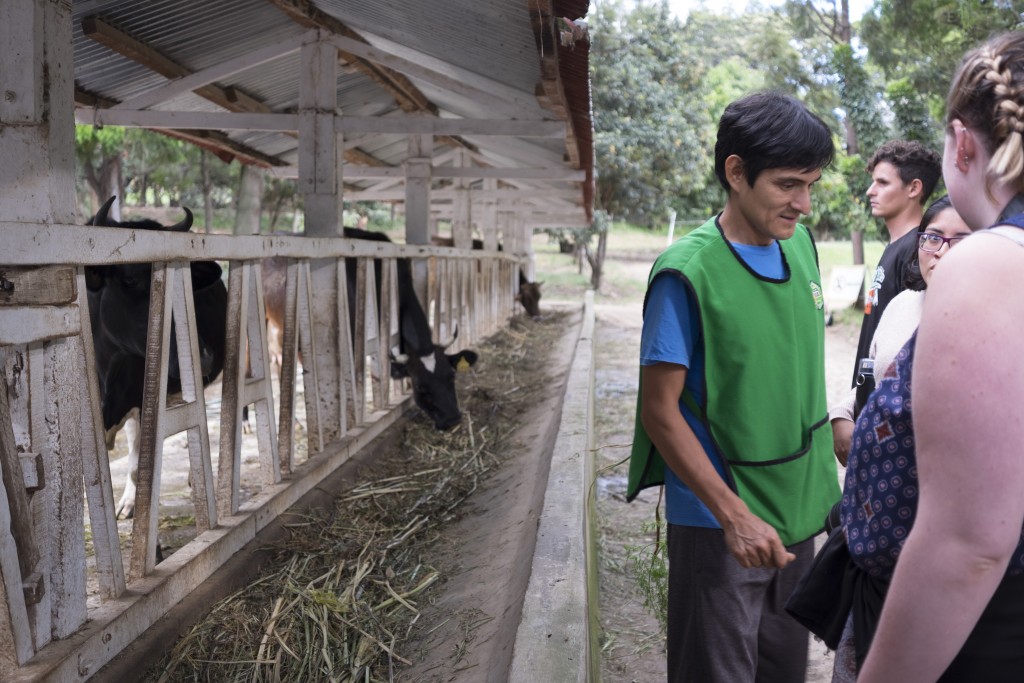 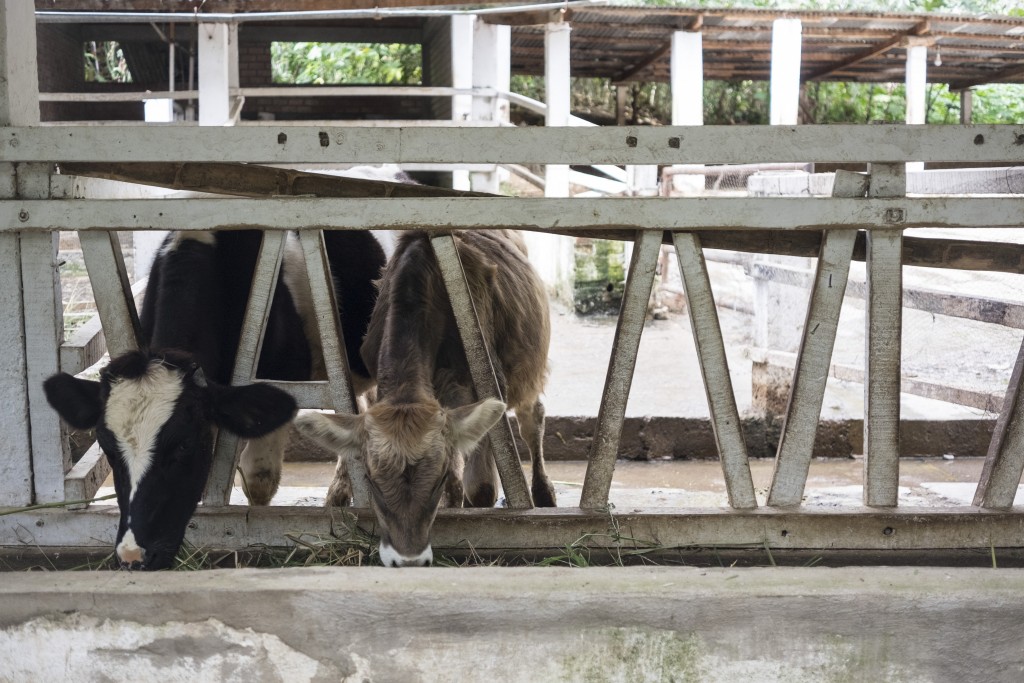 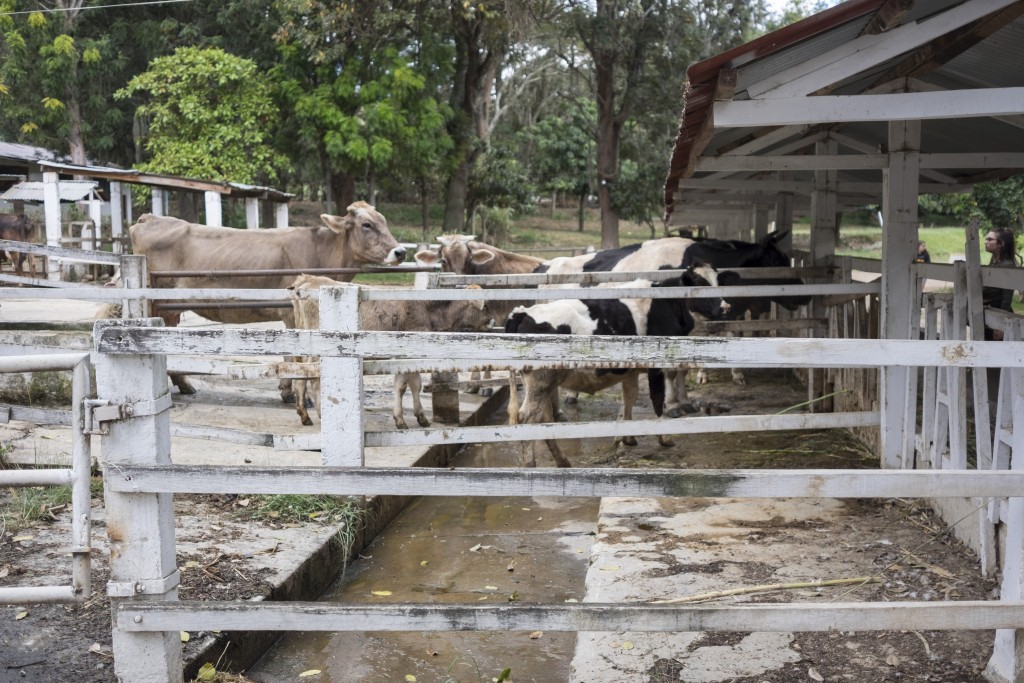 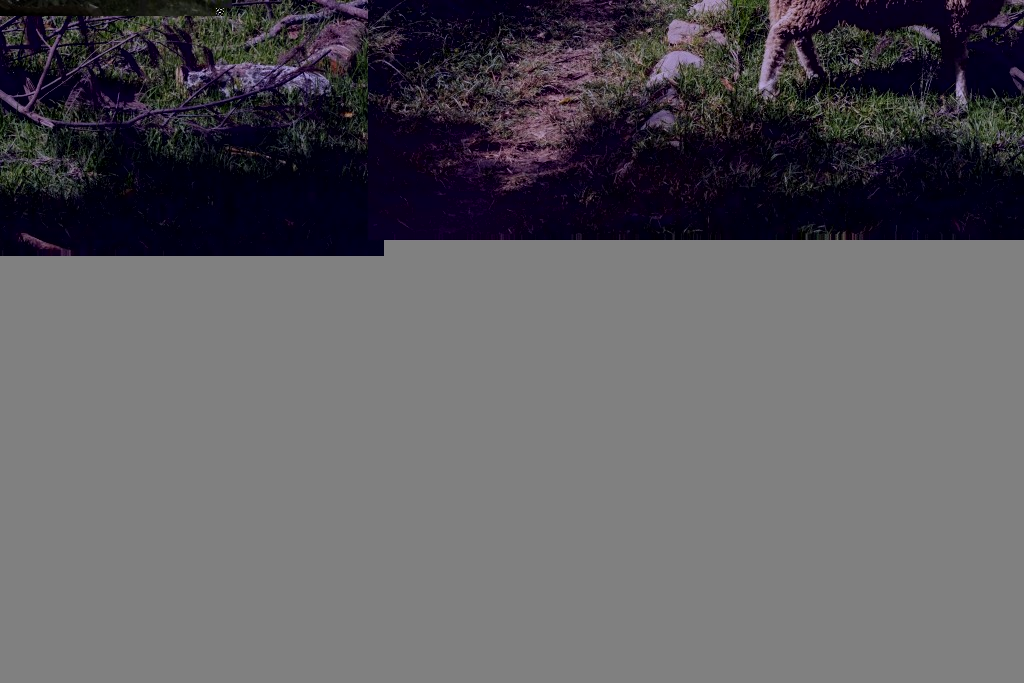 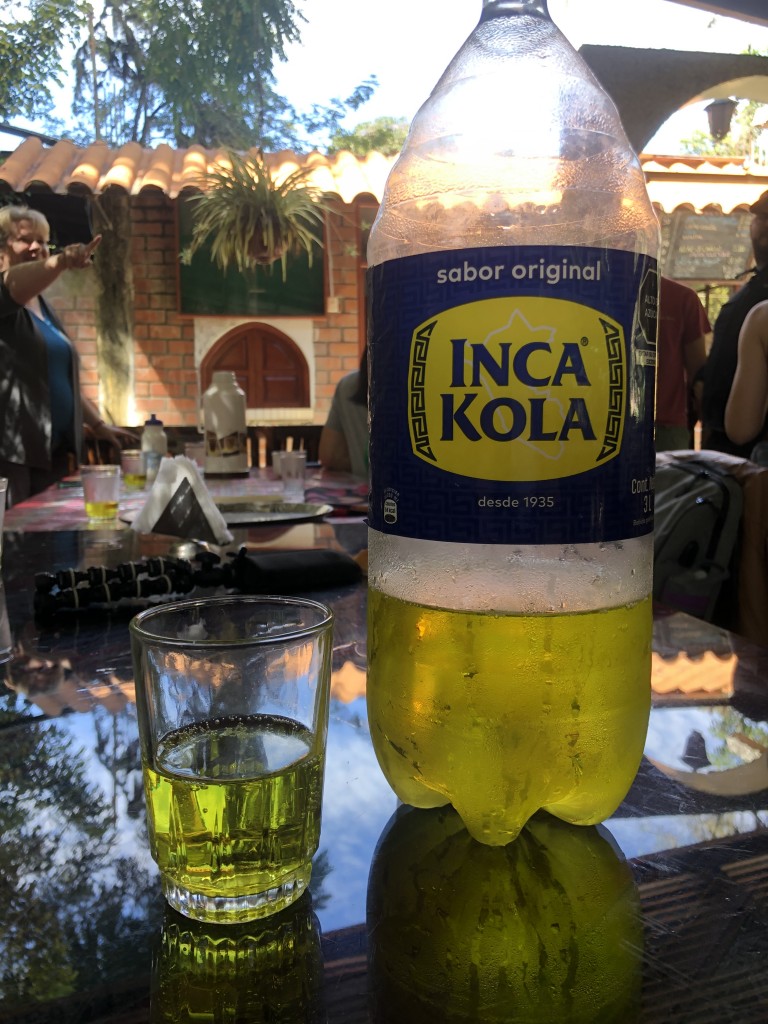 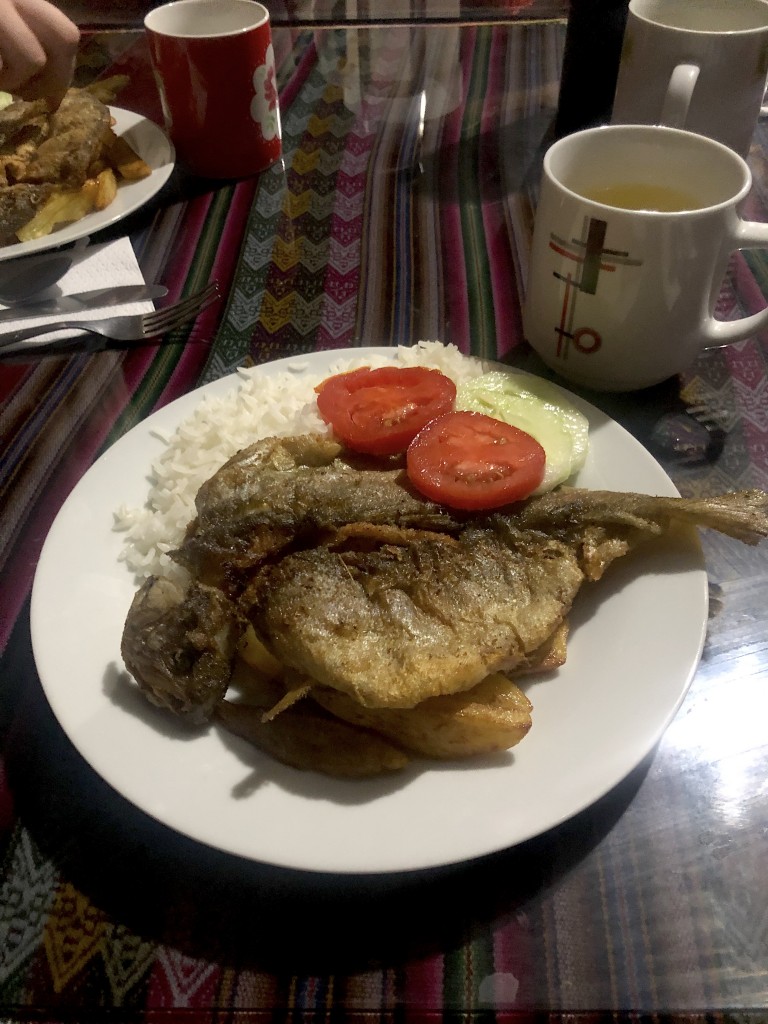 The days on our schedule devoted to “work on the farm” turned out to be more “work with the farm” after a discussion with Jose, we learned about a few projects they are working on that needed design help. First, they were developing a new website and needed content. Two of the students worked on taking product photos and images of the spaces, as well as take footage to make videos of their various services.

Jose also had a vision of making a “Healthy Hike” around the property, where patrons could walk around the farm and encounter various exercise stations. They wanted help developing and designing the signage and wayfinding. They had 23 exercises planned out and wanted the journey to be guided by an animated cow. We used the cow from the farm’s logo, and had a comical time acting out and trying to force a cow into some of the poses. We were able to complete all the signs, though there were times we doubted. I can’t wait to get photos back from when they are installed. 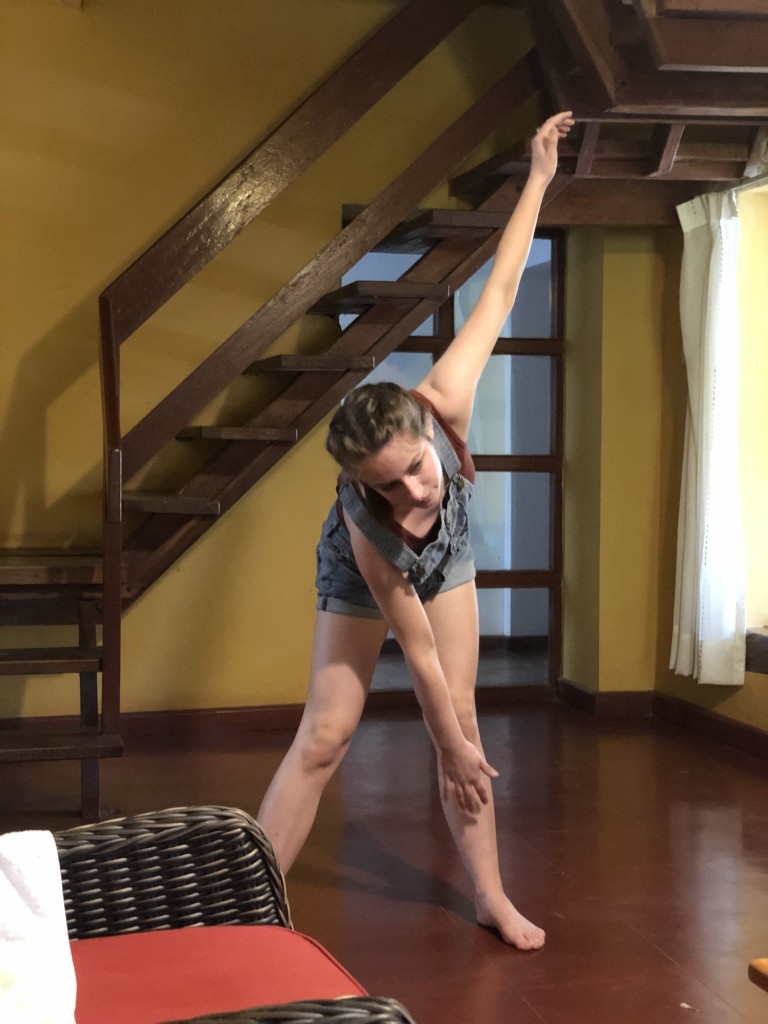 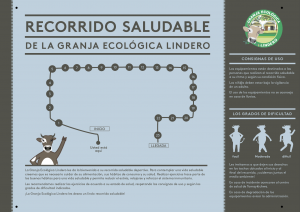 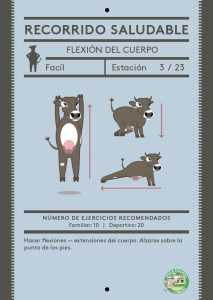 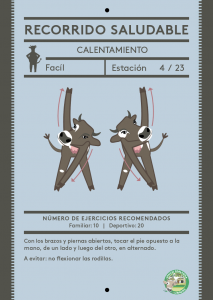 This part of our time was unexpected—one of those things I couldn’t have planned for. I brought overalls and a pair of work gloves anticipating shoveling dirt or something farm-y. Instead, a few students and I shared an outlet and stared at our screens for a few hours a day. That might not sound appealing to some, but it was a sweet and humorous time with a few students I wont be seeing much anymore. We developed a solid project in a short amount of time without WiFi. For that I am quite proud.