For Dieter and Dorothy

Nothing like a good Tuesday mini road trip to get the creative juices flowing, especially when the destination takes you to the Dieter Roth archives. A group of us got cozy in the car and drove about an hour and a half north to Skaftfell to see a collection of books by Dieter Roth. In grad school, we watched a documentary about him that did not paint him in such a wonderful light. His work is amazing, but he was kind of an ass. He treated women like shit, was controlling and abusive to his partners, and was an absent father to his son. It makes me sad when creative geniuses are jerks. I really don’t think it needs to be that way. Unfortunately, we’ve historically justified bad behavior, especially in men, just because they also have something wonderful to offer. A bit of an aside, I suppose, but we were able to talk about this as a group on our car ride over. Driving in Iceland isn’t bad. The weather changes drastically every 20 min, but the roads are well maintained. On this excursion, we went up into the mountains a bit and were able to experience snow, which was pretty exciting for Patricia who is from Australia and hadn’t seen snow in decades. I’m glad my Chicago snowy driving skills could be of use.

In spite of my earlier rant, Dieter Roth was quite an amazing artist and designer, so I was excited to see and hold his work. I wasn’t sure what the atmosphere would be, as the website was pretty minimal. The archive was basically located in a little cafe, so we were able to get lunch while we perused the collection. It wasn’t as prominent as I had expected. His prints hung, unassuming, on the walls behind us as we ate, and there was wall of bookshelves filled with his books in a dark corner of the cafe. I’d like to emphasize the dark part of that statement, which made it painfully difficult to photograph. I guess that means I need to hold on more to the memory itself. The books were beautiful, as expected. Colorized photocopies, distorted through reproduction; symmetrical drawings, created by using both hands simultaneously; and probably my favorite, a collection of naughty postcards sent in the post between Dieter and his partner, Dorothy. There are few aspects of the postcards that I really appreciated: As I’m planning on sending postcards or letters to many of you during this adventure, it was neat to see how someone else here in Iceland did the same thing many moons ago. I was drawn to how personal, shall I say intimate, they were. Each one was sent as though theirs were the only eyes to see it, which we know by the nature of postcards was not the case. These personal messages and intimate images, were sent publicly to reach the other person. The blurring of public and private has interested me for some time now. It’s probably partially why I’m keeping this blog in the first place. I also really like that it’s just as much about Dorothy as it was about Dieter. She was an amazing artist in her own right, and it was nice to also see her work…naughty and nice. Go check out Dorothy Iannone’s work. Girl knew what she wanted. 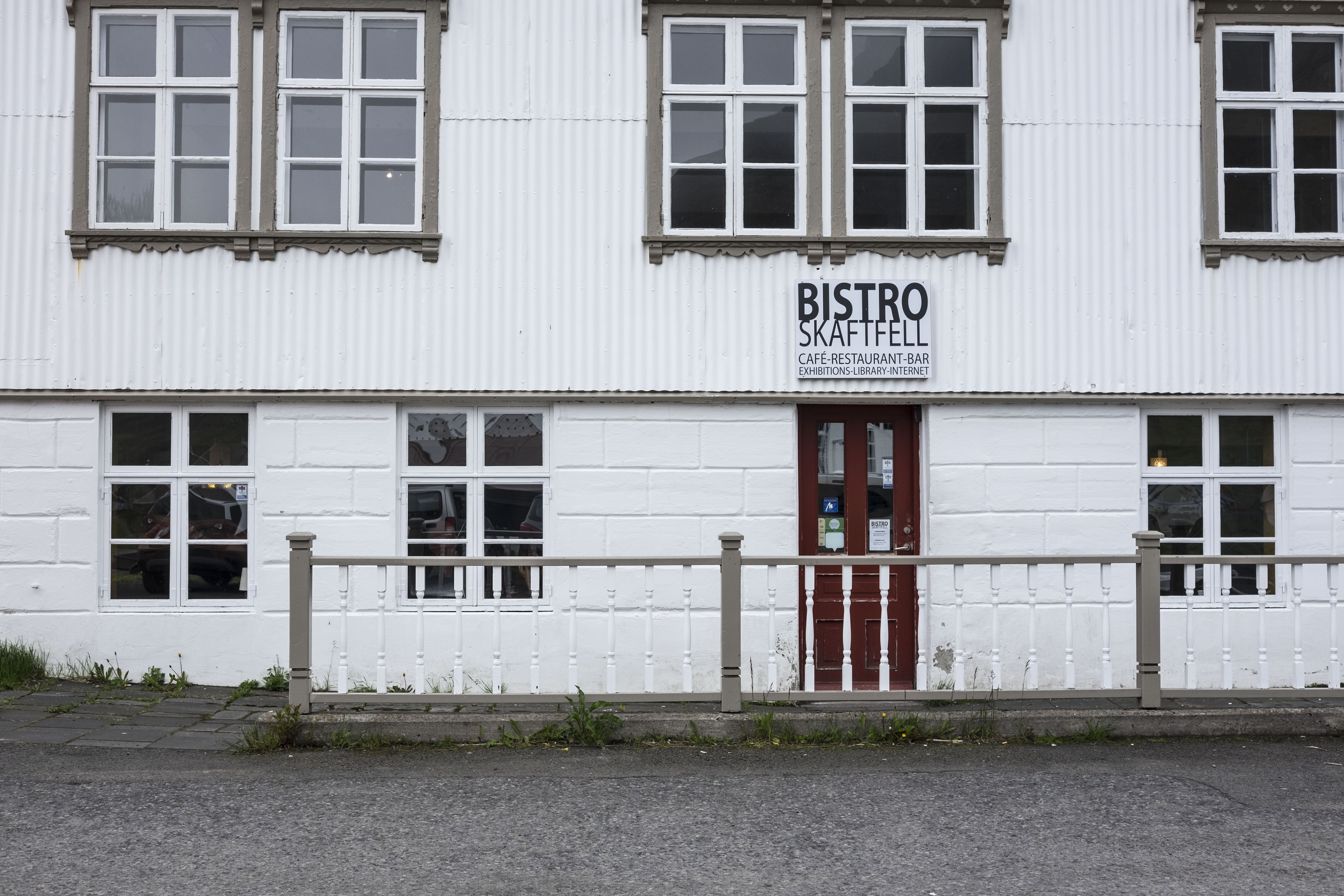 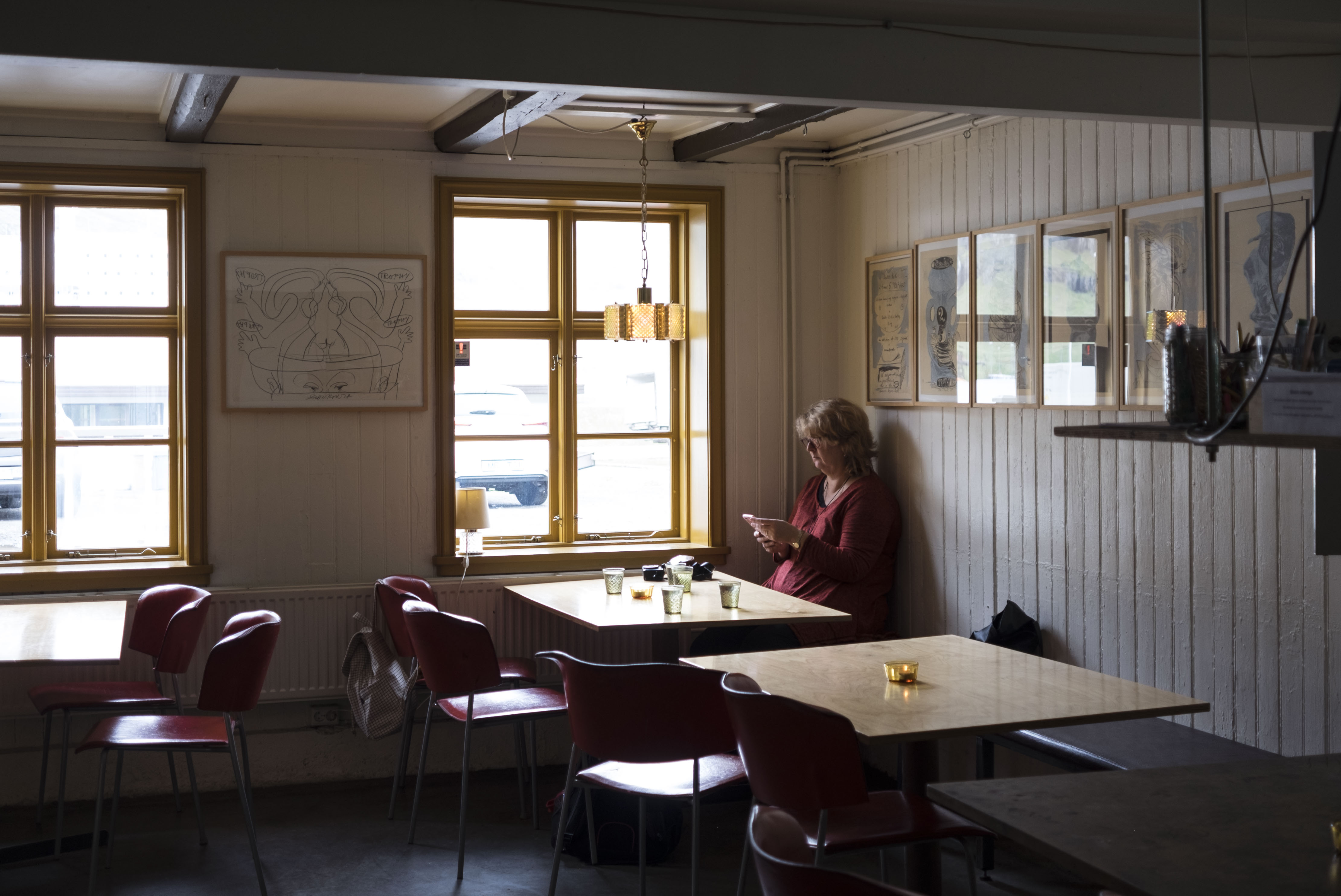 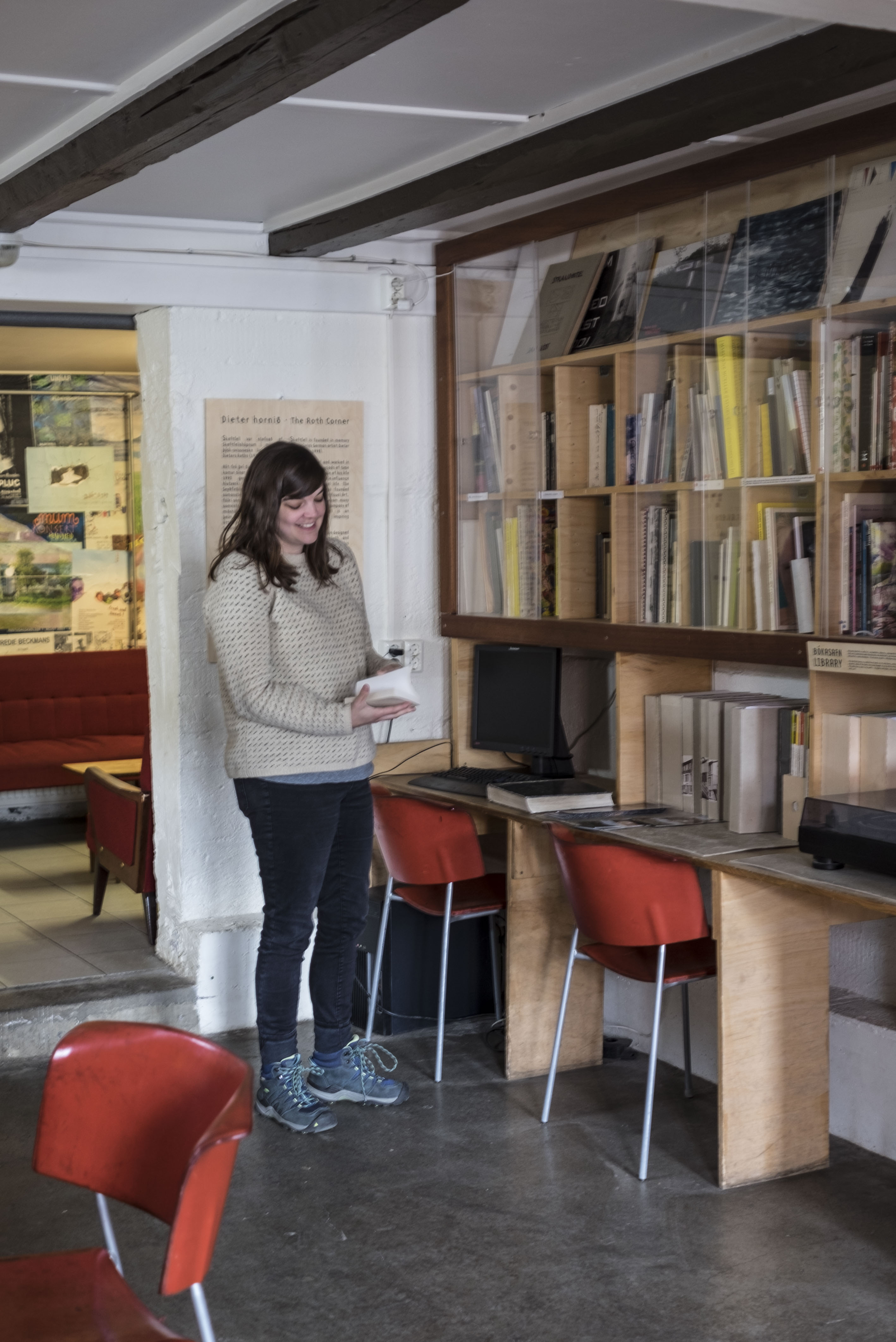 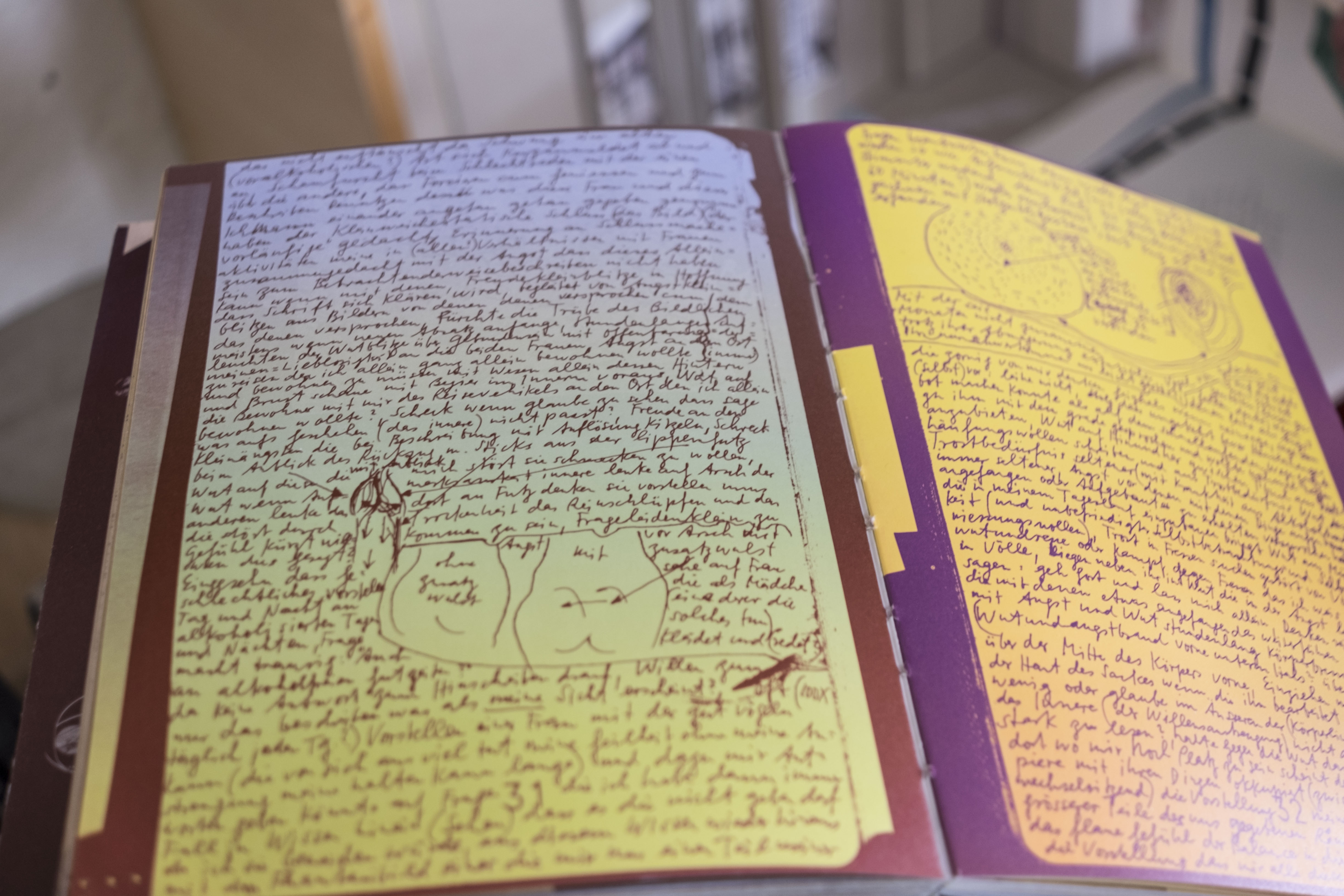 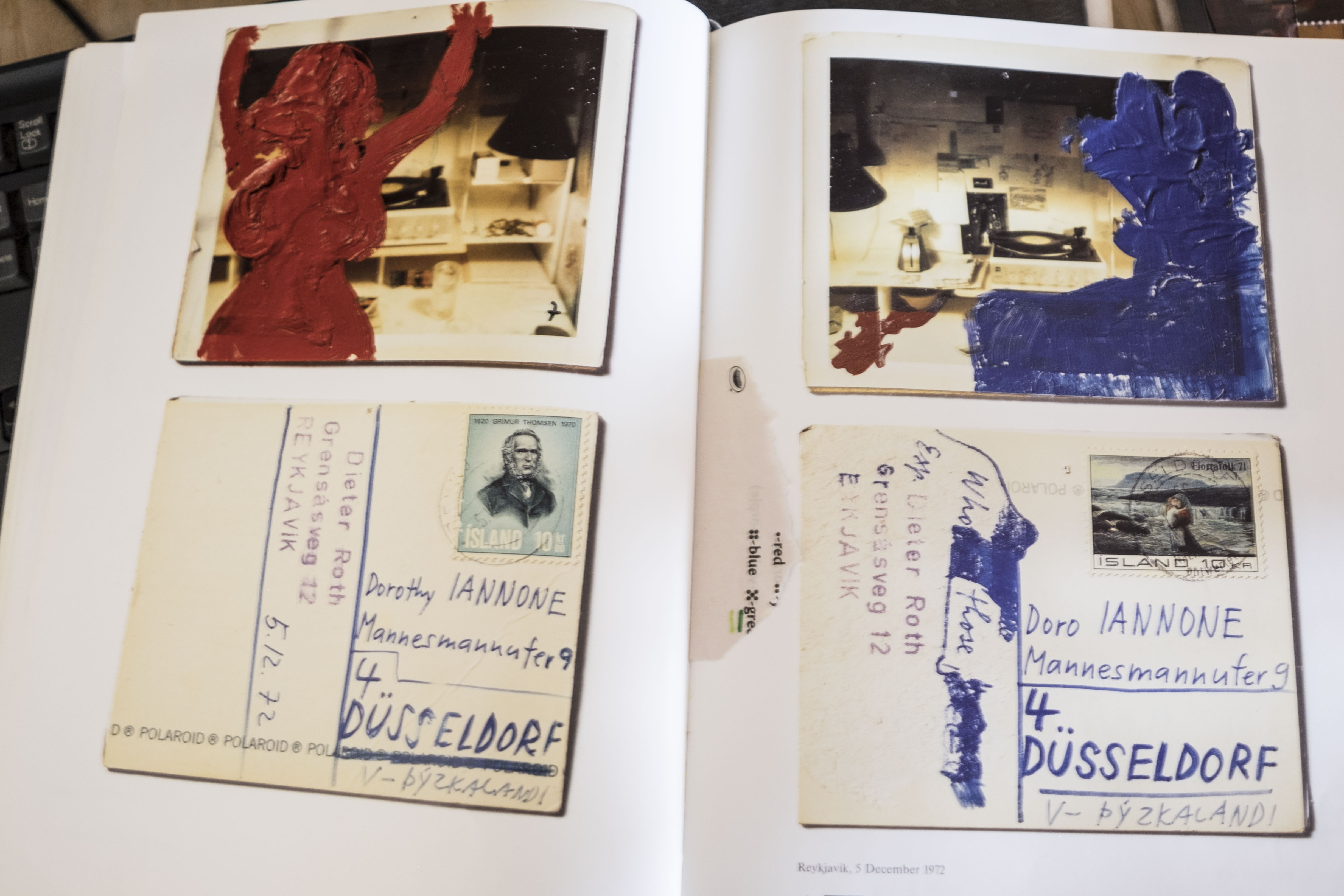 After some food, coffee, and time with the collection, we headed to Egilsstaðir to pick up some groceries on the way back home. Egilsstaðir is the nearest town with a grocery store, so it was serendipitous that we would pass through. Not the most exciting anecdote to share, but I want to anyways: The “cheap” grocery store in Iceland is called Bónus. It reminds me a little bit of Aldi with the prices of Whole Foods. Anyways, the funny part is that the logo looks like a drunken pig. Not sure why, but it makes me chuckle. Hopefully you will, too. 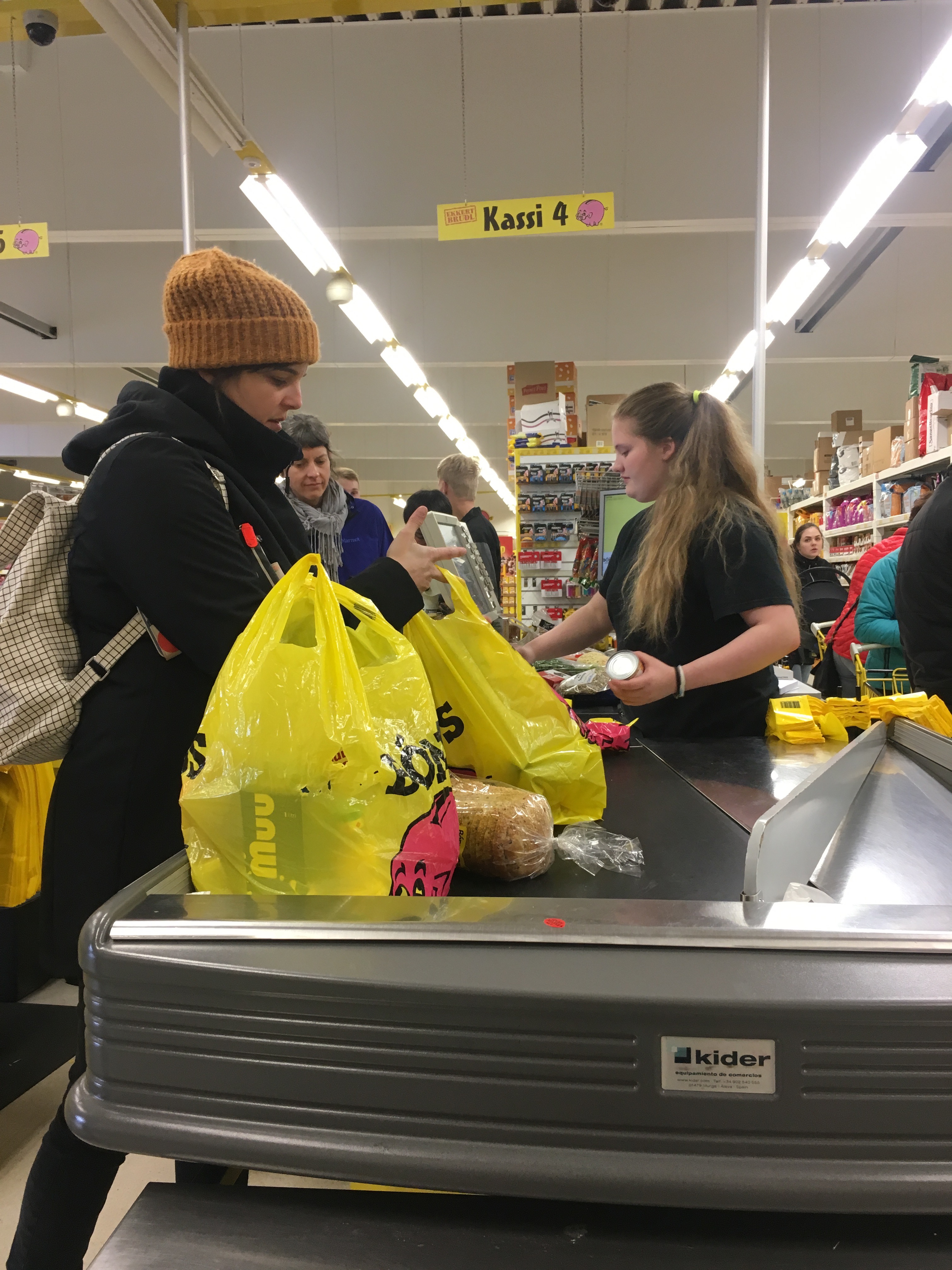 Now that we are back safely at the Fish Factory, I’m spinning with inspiration, yet paralyzed by possibility. Early this morning the transformer for the town exploded and the power went out, which meant my computer that I failed to charge the night before was sans power. As the majority of the work I am doing here relates to virtual reality, not having access to the computer put that on hold and allowed me to think about the side project I came here with: sending stuff to you all through the mail. Inspired a bit by Dieter Roth, pulling on my ongoing interest in the social construct of difficult women as witch, mixed with my new fascination with Norse lore, I stared making analog works I hope to somehow package and send out. 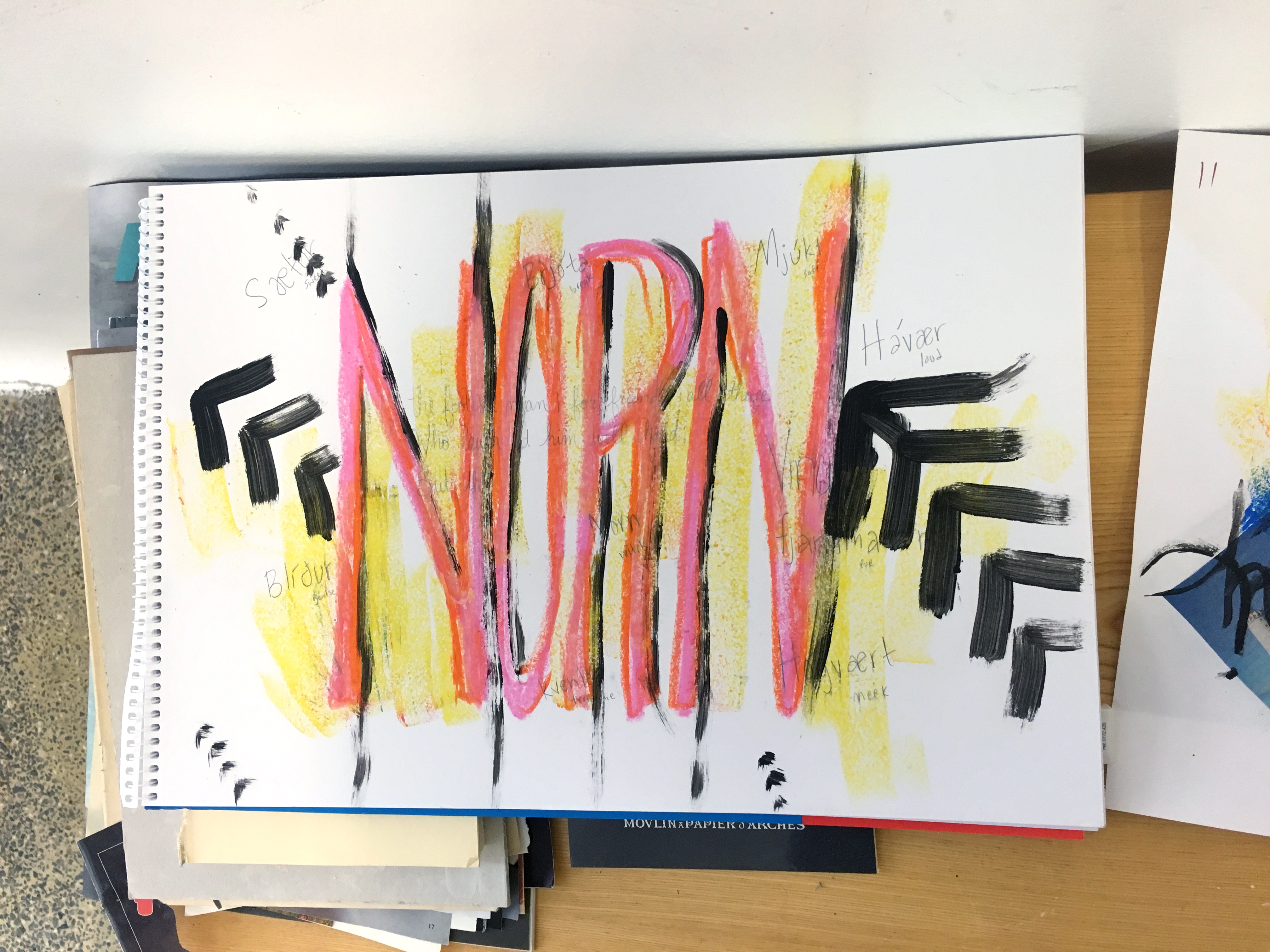 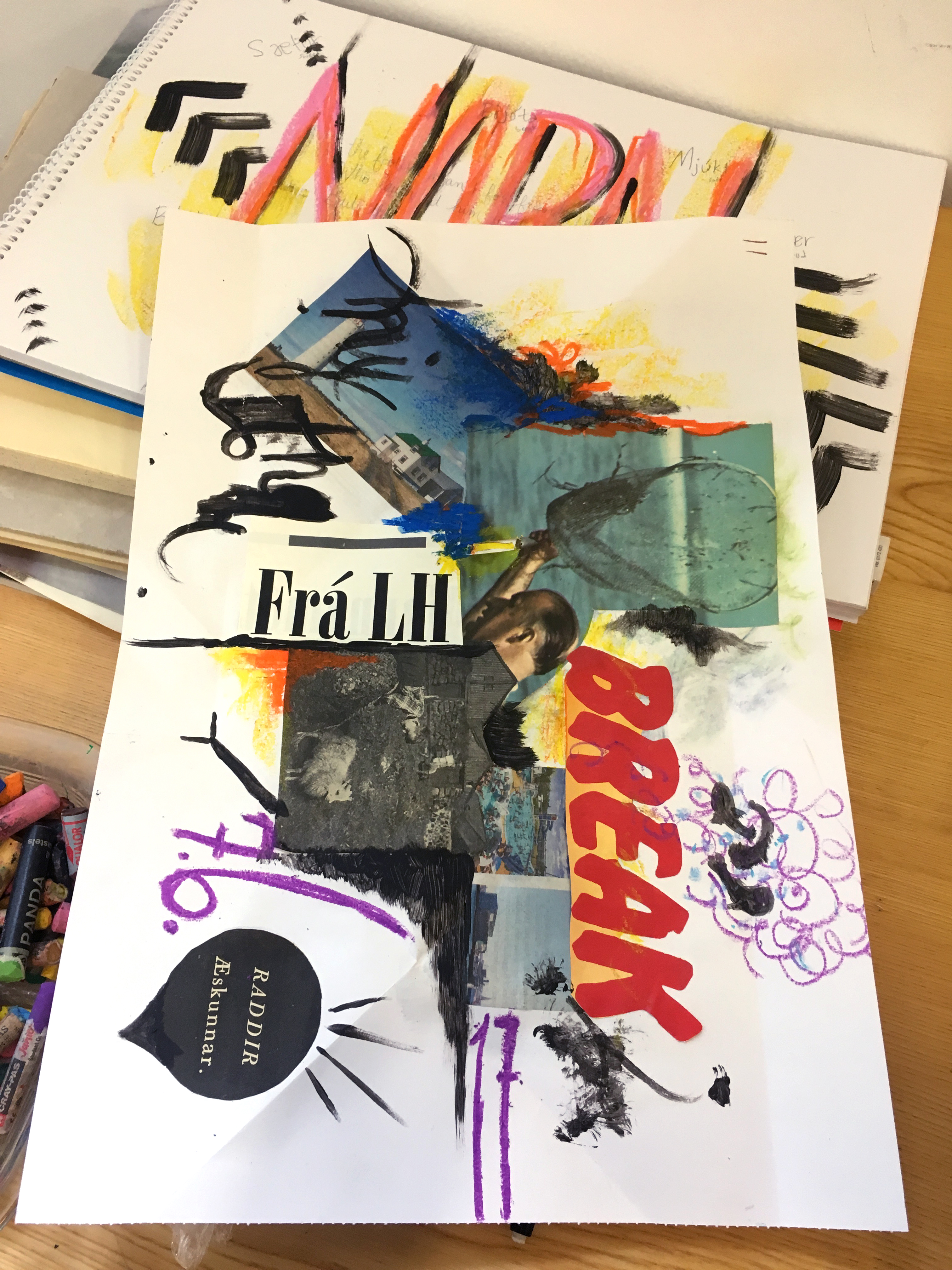 As evidenced by the mere presence of this blog post, the power is back on here at the Fish Factory, and I’m back to digging into the realm of VR. These past few days have brought a bit of doubt, inspiration, and given me a lot of ideas I just might be able to pull together. Thus far, this blog has primarily been about travel, which is a large part of this adventure, but it was also meant to be a space for me to process through my creative work. I don’t think the excitement of being in a new place has worn off quite yet, so I anticipate there will more anecdotes of my experiences here, but I will also be ideating and processing. See this as your warning—things may get a little messy from here on out.